Why data is not the new oil

The economic value from data will be even greater than oil. But oil and data have very different characteristics.

It’s a claim you’ve probably heard many times – “Data is the new oil”. The concept is usually credited to Clive Humby, the British mathematician who established Tesco’s Clubcard loyalty program, as early as in 2006. But although data and oil both can generate value, the analogy has always been strained. Sitting on a pool of data doesn’t turn a company into a high-tech Saudi Arabia.

Data is more valuable than oil

It’s true. Data and oil can both generate considerable value. According to a report by Norwegian consultancy company Menon, the Norwegian data economy represents a yearly value of 150 billion NOK (£12,5 billion) in 2020. This value creation has the potential to reach 300 billion NOK (£25 billion) in 2030. That is approximately 7 percent of the Norwegian GNP. This would mean that the value creation from data will surpass the value creation from oil in 2030 in Norway, one of the world’s largest exporters of oil. The Menon report states that data in Norway will outpace oil, by far, if we also include other economics benefits data value will bring to society, not currently measured in GNP.

Data value creation is happening everywhere. The OECD estimates that in 2015, the global volume of data amounted to 8 zettabytes (8 trillion gigabytes). A staggering eight-fold increase since 2010. By 2020, that volume is expected to increase up to 40 times, as technologies including the Internet of Things (IoT) create vast new data sets. This sheer increase in quantity has pushed data up the political agenda, capturing the attention of businesses and policy-makers alike. The value of data is already a considerable economic contributor in most countries. In the UK, according to a UK Government report from 2018 – “The Economic Value of Data” – data-driven technologies will contribute over £60 billion per year to the UK economy by 2020.

But even if the value from data is already considerable, it is not the new oil. Oil and data have very different characteristics.

Unlike oil, data will not be “used up”; data is infinitely renewable. The same data can be used and utilized in multiple ways, included in algorithms and programs, without decreasing value. On the contrary, the value of data will often increase when used and applied over and over again. Merging two or more complementary data sets can provide more insight than keeping them apart. It is also worth pointing out that data has no value by itself. Data value is created in a business when data is used as a contributing factor for improvement, renewal, and creation.

It is difficult to estimate how data can provide business value without having a fundamental understanding of what data really is, and what “everything else” related to data is. All this “other stuff” is first and foremost technologies used to capture data, put data together, share data and analyze data. That is, everything that makes data valuable.

Data is data, as my professor used to say. It’s not really that difficult. Data can be everything from personal data like age, gender, and height, to data collected from sensors on ships or from the production process in a factory. You’ll find data in words, pictures, sound, ideas, facts, measurements, statistics or anything else that can be handled by computers (broken down to binary numbers, 1s and 0s).

Base- and system technologies

Base technologies are those that are not really useful for data value creation by themselves. It is only when used in conjunction with other technologies and programs they will contribute to creating data value. Examples would be sensors, blockchain, big data, and 3D-printing.

System technologies are those which comprise solutions at a higher systematic level where base technologies and other technologies and tools are joined together. Examples are cloud computing, robots, drones, Internet of Things (IoT) and autonomous systems.

From these base- and system technologies, Digital21 has highlighted 5 technologies that will be crucial for businesses and society on our path to a more digital future. These technologies are artificial intelligence, Big Data, Internet Of Things (IoT), autonomous systems, and robotics and automation. The common denominator for all these technologies, and the most important ingredient, is data itself.

Unlike oil, the value of data doesn’t grow by merely accumulating more. It is the insights generated through analytics and combinations of different data sets that provide the real value. In an increasingly networked world, the long-term advantage comes from maintaining a pace of innovation that keeps you abreast of tech trends and ahead of customer needs. When businesses use data to create value, they do this in order to streamline their operation, influence their ability to change or renew their business, or both. That is:

It is clear that the use of data has the potential to enhance economic competitiveness and productivity growth across our economy, whether that is through fostering new products, processes, organizational methods and markets, or even enabling entirely new business models.

Three examples from the real world

Many companies and public initiatives are already demonstrating how they are unlocking the value of data. Here are three examples:

At the end of the day, data is just data. Nothing more or less. That is, until you feed it into something else that extracts new insights and value.

Then data can show its real value, which can turn out to be even more valuable than oil. 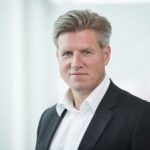 I am responsible for Business Technology in Azets. As an entrepreneur, business manager and advisor, my passion is digitalization and leadership.

Automations’ effect on quality in the Nordics

Being a UX designer in Azets – A Case Study